The House of Q story all starts with BBQ Brian Misko who worked at a software company making spreadsheets in a cubicle by day and then cooking his heart out evenings and weekends way back in 2004.  Soon enough the accolades, competition BBQ awards and media attention started to roll in for the BBQ that was cooked and the stories that needed to be told.   That was the early days of House of Q.
Today, House of Q is a multi-award winning BBQ sauce and spice creator, a competition cook team with a decade long list of credentials, a popular teacher and public speaker who calls Vancouver, Canada home for their business… and there’s a top selling cookbook too called Grilling With House of Q! 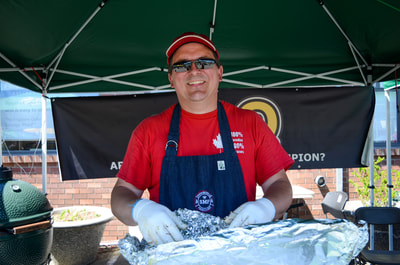 Back for their 2nd year, Jarrett & Megan will be cooking up a storm on his Big Green Egg.  If last year was an indication of what these two can create, you won't want to miss this tent! Darrel & Rob from Braai-Q will be back again!!  Not only is their food off the chart, but their our most entertaining tent! 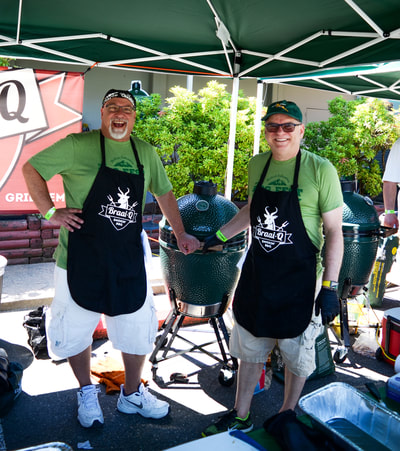 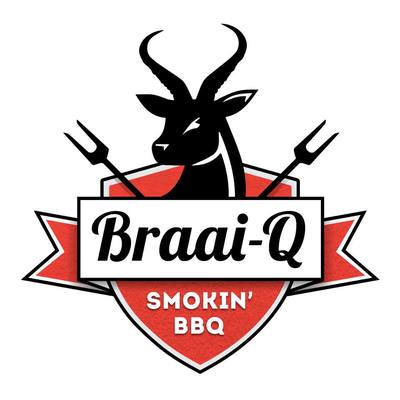 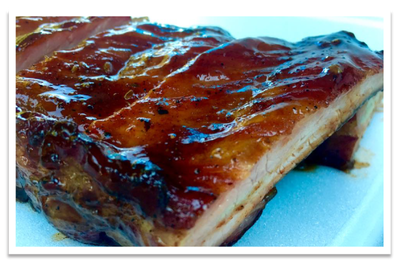 Expert BBQ'ers, Annette & Grant are from North Vancouver and will be joining us again!  #couplegoals Get ready to eat some INCREDIBLE food from this cook team! Ken & Kayla (the two on the outside of the photo) are sort of a new team to 2018 - last year they were helpers...this year, they're on their own!!  We've heard a rumour that Pizza & Pie will be their specialty! 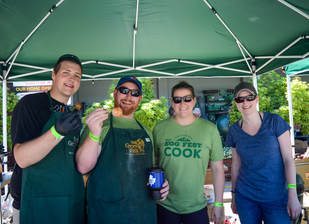 We can't say enough amazing things about Scot (AKA Hog Wild) & John (AKA Wing Nut) - These two backyard grillers will blow you away with their BBQ creations!